Of late, there have been strident calls for a sovereign national conference of Nigeria’s ethnic nationalities to discuss the state of the union. Its champions believe that such a dialogue has become necessary given the recent spate of terrorism in the country. This dialogue is often portrayed as the long-awaited panacea to Nigeria’s crises in the same vein as other magic bullet arguments that have been made before in our history about “democracy”, “return to civil rule” and other concepts that were supposed to magically transform Nigeria. The clamour for a sovereign national conference (SNC) is basically wrong-headed.
A civic republic (which Nigeria both claims and aspires to be) is based on a social contract between the state and citizens. In Nigeria, we have crafted a drama of politics around a fictitious contract between the state and “tribes.” Individuals are therefore denied contractual agency as citizens. Indeed, they are infantilized as mere nodes of tribal networks that have no legitimate claim on the state as individuals but only as members of tribes. However, the constitution allocates no rights to tribes; the state’s defined responsibilities are directed towards citizens, not ethnic groups. 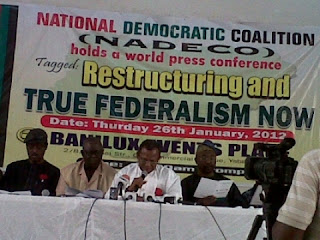 As Simon Kolawole has observed, SNC advocates offer no specifics as to whether the conference would be based on wards, councils, states, ethnic groups or dialects or whether it would be convened on the basis of equal representation or whether the summiteers would be elected or selected. But there are even more fundamental problems.
In The Misrepresentation of Nigeria, the historians Bala Usman and Alkasum Abba contended that Nigeria’s ethnic nationalities have never been monolithic, fixed and separate entities. They are each unique, complex, multifaceted, interconnected and ever-changing at various levels and paces. Ethnic identity is only one factor in human political organization. Furthermore, it is practically impossible to demarcate the boundaries between most ethnic groups and their neighbours because these communities “actually have no boundaries as they intermesh into one another at the level of language, culture, identity and territory. Any attempt to carve out ethnic territories or to create ethnically-based federating units would lead to violent conflicts and sustained civil wars.” These issues not only demonstrate the complexity of our ethno-cultural geography but the inadequacy of the tribal idioms popularly used to interpret our political reality.
Usman and Abba also argued that the sovereign rights which the British seized when they imposed imperial rule, were only recovered with the independence struggle conducted not by ethnic or religious groups but by a broad-based nationalist movement consisting of several organizations and parties. The constitutional conferences at which the decolonization process was negotiated were summits between the British and Nigerian political parties, which, even when they were regional or local in scope, attended the summits as part of national alliances. On 1st October 1960, the sovereign rights seized by the British were recovered by the government of the federation of Nigeria on behalf of the people of Nigeria and not on behalf of any ethnic or religious community. Independence came as part of an “anti-colonial liberation movement sweeping the world, marking the end of the age of empire and the birth of new nation states and on our shores, transforming erstwhile colonial subjects into Nigerian citizens.” Thus, sovereignty in Nigeria today does not lie in the domain of tribe or religion but in the citizenry. Political parties and not tribes are the legitimate and authentic vehicles of political action.
The calls for SNC are flawed because they make tribes the fulcrum of political action in contravention of the republican doctrine that makes the individual’s right to freedom of association the basis of politics.  These calls trumpet the false assumption that tribes are political monoliths with uniform interests held by all members. In fact, as Mohammed Haruna once wrote, “A tribe can have uniform interests only if all of its people belong to the same religion, the same social class and speak only one dialect etc. This is well-nigh impossible.” An ethnicity is not an ideology; nor can political interests be divined from tribal marks.
Obi Nwakanma has rightly argued that “the fact that a man or a woman answers your father's name, wears the same tribal marks; speaks in the same familiar tongue, does not make his interests same as yours. Your interest is closest with the man or woman who sends his children to the same schools as your children; who goes for treatment in the same hospitals; who worries about the security of the same neighbourhood; who goes to the same grocery store; who drives on the same roads, and who you meet on the same frequency to talk about the vital security of the same social and natural environment.” Our mutual aspirations for the future rather than ethnic origins should determine our political affinities.
We should have dialogues but they should be ordained by citizens rather than tribes. We should convene town hall forums and village square meetings where we can invigilate issues that matter to us. The political momentum for structural and systemic changes should be generated through institutional channels such as via the National Assembly. We should join or establish pressure groups and political parties and use them to democratically actualize our ideals. Nation-building is arduous, often slow and particularly challenging for a post-colonial polity. There are no magic cures. 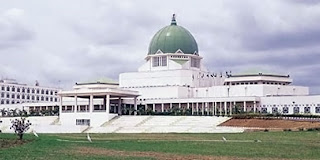 We cannot negotiate a new Nigeria with the same polarizing terms that the present dysfunctional order is built on. The SNC proposal is dead on arrival because it is based on the defective tribal logic of the current order. Nigeria’s current system, while flawed, is the best arrangement that can be arrived at with an ethnic constituency framework of representation. The constitution is heavily weighted in favour of the desire to achieve a strategic parity between ethnic groups. Using affirmative action, quotas and the desire to reflect federal character, we have created a representative bureaucracy in which merit has disappeared into the vortex of politically correct ethnic balancing. Not even the armed forces and the security services are exempt from the need to balance ethnic representation. Each state is required to have a minister in the federal executive council thus duplicating the representative function of the national assembly. The constitution guarantees a majoritarian presidency electable only by a two-thirds majority in two-thirds of the states of the federation ensuring that the Nigerian cannot, despite contrary rhetoric, be regarded as the property of any particular region or ethnic group. The spectre of ethnic domination has been shackled effectively. Under the current arrangement, virtually every “tribe” is guaranteed access to the national cake. A tribal parley cannot achieve better than the current order of things.
However, the present order has exhausted itself and is now paralyzed by its inherent contradictions. We have a thoroughly representative bureaucracy which is hyper-sensitively attuned to the nuances of ethnic and religious identity but it is plodding, incompetent, bloated and corrupt. Paralyzed by its obsession with representational politics, the civil service clearly cannot serve as an engine of national transformation. We have forged political parity between ethnic groups and regions yet poverty in Nigeria is a national phenomenon with the federal government’s own figures classifying 112 million Nigerians as poor. Elites from all over the country partake of the national cake but their rhetoric drowns out the more serious crisis of socio-economic inequality in which according to the World Bank, 80 percent of Nigeria’s oil wealth is enjoyed by a mere one percent of Nigerians.
Rotation and zoning of political offices and privileges has not solved the problems of corruption and failed governance. We have simply created an equal opportunity kleptocracy. Indeed, the plagues of our republic are of such a scale that they defy the conventional sectional terms of analysis. Terrorism, AIDS, social injustice, graft, crime and insecurity do not apply federal character or zone their consequences exclusively to particular ethnicities; they afflict us generally as Nigerian citizens. Our responses to these plagues must be framed in civic-democratic rather than in tribal terms. We cannot combat universal plagues with sectarian weapons.
Implicit in the renewed calls for tribal summitry is a failure of imagination on the part of self-described progressives. It is the failure to imagine Nigeria as anything other than a mosaic of conflicting ethnicities and to craft an alternative ideology to the reigning philosophy of national-cake sharing among ethnic elites.  Other than the clamour for tribal summitry, there is scant difference between SNC advocates and their fellow tribal fundamentalists. The ruling faction simply sees governance as a means of pork distribution among elites who purportedly eat “on behalf of” their ethnic groups while the “SNC progressives” use the same tribal polemics as a moral bludgeon to gain political leverage.  Many SNC advocates are either unwilling or unable to attain legitimacy through the ballot and now want to do so as tribal representatives. 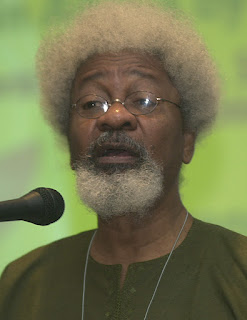 The persistent tribalization of political discourse is partly generational. Political conversation is still dominated by the generation of Nigerians that saw the civil war and who were actors in the First Republic. The tenor of polemics in the media is still informed by their view of Nigeria as a combustible arrangement of warring tribal enclaves. As such, even the solutions canvassed by the self-described “progressives” of this particular generation carry the fatal stamp of tribalistic myopia. This view of Nigeria has its intellectual origins in the ethno-federalist polemics of Obafemi Awolowo who advocated that the Nigerian federation be rearranged along ethnic lines to correspond with the aspirations of its ethnic nationalities. Nigeria has evolved beyond such balkanization.
Seventy percent of our population is under 35 years which means that the majority of Nigerians alive today did not experience the civil war yet their political thoughts are significantly influenced by civil war polemics of north vs. south and by inherited prejudices. We need a new narrative and a new understanding of our nation. Nigeria is crying out for a pan-Nigerian democratic movement to grapple with the perfidies of an equally pan-Nigerian confederacy of kleptocrats. Creating this movement is the defining political task of our generation.
All Images sourced online.
Posted by Chris Ngwodo at 3:44 AM