There is a Country 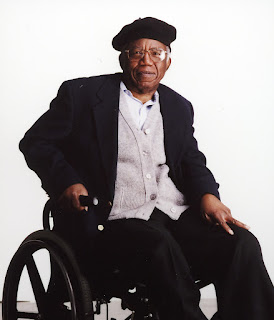 Chinua Achebe’s much anticipated civil war memoir, There was a Country, has been released to much acclaim and indignation in some quarters. I pass no judgment on the book because I have not read it yet save for serialized excerpts. At this time, I am more interested in the reactions to the book which have predictably corresponded with the default mode of public discourse in Nigeria – the ready, enthusiastic and often blind defence of one’s ethnic group and ethnic heroes. Old habits die hard. In response to Achebe’s book, the tribal troops have been rallied. Many public figures have dived into ethnic trenches and public debate for the next few weeks will be choreographed along sectarian lines. But the context of this debate and its audience are remarkable.

Seventy percent of Nigerians are under 35 years. This means that most Nigerians were born after the civil war and have no memory of that era. For Achebe and his generation, understandably, the civil war was a defining event that forever coloured their view of Nigeria and her possibilities.

For us, the post-civil war generation, it is not. We are defined by a different set of events – the 1970s oil boom and its long recessionary aftermath, the repressive military dictatorships of the 1980s and 1990s, the Structural Adjustment Program, the virtual decimation of public services ranging from healthcare to education, chronic suburban sectarian conflicts and the ascent of a hyper-individualistic ethos that has made our society more Machiavellian and cruel.  Above all, we are haunted by the refusal of previous generations to inter their antipathies, and risk becoming prisoners of inherited animosities. 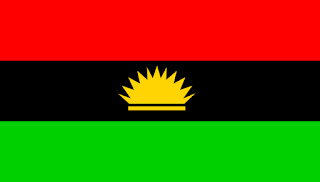 As one born after the civil war, it is simply impossible to speak with the raw passion of participants and veterans about an event that I, like most of my compatriots, did not experience. What concerns me is that despite the demographic dominance of the post-civil war generation, public discourse is still framed by the issues, terms and experiences of those who fought the war. These warriors have been dubbed “the class of 1966”; they are the generation that came of age as the First Republic collapsed with the heady promise of Independence and degenerated into war. National issues are still largely discussed through civil war blinkers and coloured by long, deeply held prejudices in ways that suggest that Nigeria has not moved on since 1970. Assuredly, it has, for despite its obvious challenges, this is not the same nation that was convulsed by internecine hostilities in the 1960s.

But the conception of Nigeria as a nation in fragments is obdurately promoted by the class of 1966 and its acolytes in the media fossilizing public discourse in the amber of antiquity. Even worse, young Nigerians who have enough contemporary troubles to address are subtly and overtly recruited to re-fight the battles of long ago. 90 percent of Nigerians on Facebook and Twitter belong to the post-civil war generation yet these social media platforms risk becoming battlegrounds where the ignorant, the misguided and the bigoted will duel as tribal pugilists vicariously re-enacting the past.

The danger is that we are wasting our own epoch, blinded by the bequest of tribal antagonisms, we are ignoring the moral imperatives of our own time and risk passing to our children an even more chaotic mess of a country than our parents left us.

The temptation to reincarnate historical perspectives and to assume the mutually antagonistic roles seemingly ordained for us by fate and history is understandable. Young Nigerians live in a country where the political leadership has overwhelmingly failed to present an overarching transcendent vision of our national destiny. With no portrait of the future to engage us emotionally, we have responded in two ways.

Some of us have adopted a vision of personal success that damns the society at large while emphasizing a privatized prosperity despite the surrounding dysfunction and anomie. This is a philosophy so individualistic that it is no more than a narcissistic nihilism and it is tragically the core of our popular theology.

For others, the absence of a vision of a shared future has prompted refuge in a sectarian past. Given the debilities of our education sector, history is simply a dark blank canvas to most Nigerians. In most of our schools, where history is taught at all, it is essentially the colonial narrative of Mungo Park discovering the River Niger and of Nigeria as an infernal patchwork of perpetually feuding tribes. Despite the immense work of great historians like J.F. Ade-Ajayi, Bala Usman, Elizabeth Isichei and J.C. Anene among other intellectuals, we are yet to domesticate our own history and as Bala Usman proposed, “decolonize perceptions” of our past.

The bid to reclaim the “settled” past rather than inherit an uncertain future drives religious extremists who revel in the pristine and thoroughly mythical visions of 7th century Arabia or tribal fundamentalists who celebrate the nativist and xenophobic ecstasies of long dead kingdoms or simply fabricate ethno-racial identities that never even existed.

Where there is no intelligent and active imagination of tomorrow, the future becomes hell and the past becomes paradise. This is why young Nigerians are so easily recruited to fight for the presumed certainties of a past that they never experienced – oddly enough, by the same elites who have aborted their future – thereby deepening divisions and damning the unborn with a heritage of discord and strife. 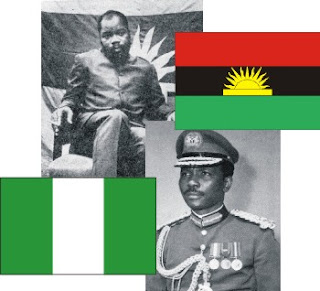 I am not, for one moment, advocating amnesia. By all means, we should revisit our history but we should do so knowing that human experience is often subjectively perceived and that war, that most acute of experiences, is even more subjectively perceived. There are many sides, many angles and many perspectives belonging to victors, victims and innocent and guilty bystanders. The wise inquisitor finds safety in a multitude of narratives understanding them to be a symphony of inflamed passions. To accurately interrogate our nation’s history, we must accept that the ties that bind us to our ethnic kin often become lies that blind us to their sins as well as to the sufferings of others.

History is like the elephant and we are like the blind men, feeling and groping in the dark to define it and give it coherence, yet each achieving only a limited perspective. Of all the dimensions of reality, history is where we are most liable to look through a glass darkly. As Chimamanda Adichie has perceptively observed, “A single story creates stereotypes and the problem with stereotypes is not that they are untrue but that they are incomplete.” No single narrative can capture the complexities and ambiguities of ours or any nation’s dramas.

Four decades after the civil war should give us an emotional distance that enables a clinical inquest into the past. But this seems beyond too many of our leading public voices who are all too often inclined to mangle public conversation with pre-programmed primal responses in defence of their tribes and tribal icons. The jaundiced portrayals of our founding fathers – Azikiwe, Awolowo and Ahmadu Bello – have long prevented us from appropriating the lessons of their lives and times. Our need for absolute saints and absolute villains has reduced them to caricatures whose names are casually invoked but who have been so canonized and demonized as to be unreal.

As Abubakar Tafawa-Balewa once said, “No man is wholly evil.” Like all of us, the patriarchs were complex, conflicted and flawed; by turns, weak and strong, cowardly and courageous, petty and charitable. They were capable of both noble and ignoble acts. In short, they were simply and terrifyingly human. If they were all angels then Nigeria would be a paradise and if they were all devils then there would be no Nigeria today. They were as limited by their times as they shaped it. I recommend Dike Chukwumerije’s book One Nigeria as a superbly clinical and empathic examination of these patriarchs and their legacy.

All nations write their history in blood, sweat and tears and in the syntax of tragedy, joy and hope. Nigeria is no different. Emeka Odumegwu-Ojukwu wrote, “The civil war in Nigeria was not a cataclysmic conflict between St. Michael and Lucifer. Rather, it was an inevitable milestone in our journey to nationhood.” The civil war was a tragic chapter in our national odyssey but there have been other chapters and yet more will be written. At some point, we must let the dead bury their dead.

In the end, when this fog of mutual recrimination clears, (and when the class of 1966 is gone) we, Nigeria’s children of deferred hope, will still be left with a country of such immense potential yet wounded by its heirs, a land scarred by low deeds in high places awaiting the redemption that our generation can and must begin to deliver. The question that should animate our pursuits is not what our ancestors did, should have done or would do in our situation. Their circumstances were theirs even as our time is ours. The question that should possess us now is what sort of country we will leave for our children.

All Images sourced online.
Posted by Chris Ngwodo at 6:16 AM